A new year brings new products, and Muzeek World has deals on the new Bose RoomMatch Speaker Series! The RoomMatch Series is a line of full-range array modules. These speakers are for indoor use as fixed installations in places like theatres, auditoriums, arenas, performance art venues and houses of worship! Bose patented technology ensures concert-quality audio from every speaker in the series.

Before we dive into the technology, let’s dive into the names/numbers of these speakers. Muzeek World carries 20 of the Bose RoomMatch Array Modules. The array module loudspeakers are presented as “RM” followed by a string of numbers. For an example, we’ll use the Bose RoomMatch RM5505. “RM” stands for RoomMatch, while the string of numbers relates to the nominal coverage pattern of the speaker. The numbers relate to both horizontal and vertical coverage. So the RM5505 has a horizontal coverage of 55 degrees and a vertical coverage of 05 degrees. The coverage patterns increase as the speaker numbers increase. 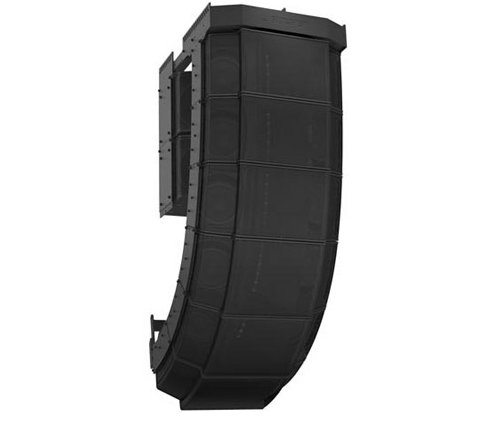 The enclosure of the speakers in the Bose RoomMatch series is a combination of beautiful Baltic birch plywood, engineered plastics and a steel frame. This enclosure is painted with a two-part spray polyurethane coating that presents a sleek black finish. The grille is made of 19-gauge perforated steel with a powder-coated black finish.

Now, on to the specs! The frequency range (-10dB) of every speaker in the Bose RoomMatch series is 55Hz – 16kHz. The nominal coverage pattern varies depending on the speaker, as mentioned above. The Bose RoomMatch series overcomes the acoustic limitations found with conventional line array and point source designs. Waveguide technology allows array modules to direct sound to the desired listening areas. This improves audio quality by minimizing any unwanted acoustic reflections. A combinations of Bose EMB2 and LF10 drivers (both designs Bose have patented) combine to send out vocal clarity reminiscent of 3-way systems with the addition of improved polar response typically found in 2-way systems.

The Bose RoomMatch series speakers are progressive directivity arrays, a new class of curvilinear array where the coverage/directivity index of each loudspeaker is chosen to optimize room coverage and system efficiency. On top of all that, the RoomMatch series offers continuous-arc diffraction-slot (CADS) manifold, meaning that the design provides interference-free acoustic summation of six compression drivers and equal spacing of diffraction slots across multiple modules! Building module stacks just became easy!

The speakers in the Bose RoomMatch series are specialty items, so get in touch with a Muzeek World sales representative or sound engineer! You can contact us by sending an email to