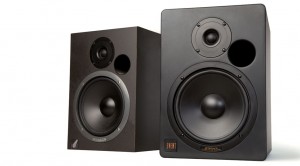 A year later Event released a powered version, the 20/20bas, to critical acclaim from engineers, musicians and the media alike. The very first pair of 20/20bas speakers were used by Francis Buckley to mix Quincy Jones’ Q’s Jook Joint album for which he won the 1996 Grammy Award for Best Engineered Album. 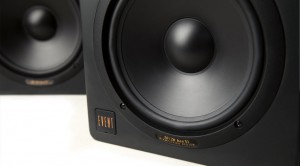 Now fifteen years later Event is pioneering a new generation of clarity, transparency and definition with the release of the 20/20BAS. This speaker incorporates a number of fundamental improvements over the original model while remaining true to its character and performance strengths.

The original transducer design and cabinet volume have been maintained, however the high and low frequency amplifiers, cabinet bracing and overall construction have been revolutionised to improve audio characteristics, increase dynamics and extend reliability. 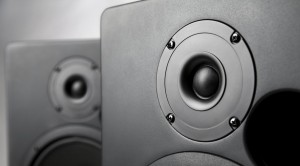 Event’s engineering team used ideas and technologies from its flagship Opal speaker in order to achieve performance in keeping with the company design philosophy of high output, low distortion and excellent dynamics.

Fully discrete Class AB amplifiers for the tweeter and woofer provide up to 250 watts of burst power with less than .01% Total Harmonic Distortion (THD). This more than doubles the power provided by the original 20/20bas amplifier design with less than half the distortion. Sustained high output performance is ensured through a new oversized toroidal power supply that can ensure sustained extreme low frequency reproduction.

“We were very respectful to the original 20/20 speaker” explains Event’s Director of Engineering, Marcelo Vercelli. “Everyone in Event’s design department has great respect for the speaker, but we saw a few areas where we could use techologies developed for Opal to get even better dynamics with lower distortion. The new low frequency amp can deliver up to 250w of peak power into the woofer. This gives you the BOOM… the definition in the bottom end that you’re looking for.”