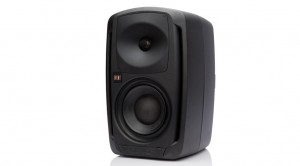 The no compromise design brief for these speakers was essentially the impossible – to create the most accurate studio monitoring system available.

The Opal was to be an 8-inch two-way speaker with the same dynamic and extended mid-range as the most expensive esoteric three-way systems. It had to feature extended and powerful bass response, and have seamless and transparent integration through all the frequency range. Distortion was entirely unacceptable.

After many years of research and engineering, Event has defied conventional audio philosophy and created the Opal. Its woofer, tweeter, amplifier and cabinet all feature innovative and unique design and technology elements, combined to create one of the finest and most accurate studio monitoring systems ever released.

The Opal’s EX8 mid-low driver is a technical innovation. As a raw speaker it provides a practically unheard of response of 30Hz -10kHz and a power handling up to a staggering 1000 watts.

Designed completely from scratch and specifically for the Opal, the EX8 is capable of reproducing mid-range frequencies with the clarity and speed of dedicated mid-range drivers. At the same time it can deliver defined and accurate frequencies down to the Opal cut off of 35Hz, without resorting to rear-porting and manipulation of the listening space.

X-Coil refers to the use of a secondary shortening coil on the driver’s pole piece. This magnetic coil is set in opposite polarity with the speaker’s moving coil, creating a magnetic resistance between the two elements and dramatically increasing both the driver’s control and speed of the cone. This in turn improves the mid range dynamics, while exhibiting incredibly low distortion characteristics.

Event’s patented magnetic motor design, XBL, dramatically increases the effectiveness of the magnetic circuit. This has resulted in the EX8 possessing an unprecedented 36mm of linear excursion.

The EX8 features a bespoke cone comprised of a paper pulp and long strand carbon fiber composite that provides extreme stiffness and low mass. While materials such as polypropylene are popular amongst other manufacturers, paper composites provide the finest clarity and ‘realness’ of sound.

It combines an ultra-light and rigid aluminium-magnesium alloy with a low resonance Sonomax surround to provide the Opal with unbelievable high frequency definition while minimising any distortion, this results in incredibly low harmonic distortion at all power levels, up to several factors lower than tweeters found in other esoteric Hi-fi and monitoring speakers.

Painstaking attention was given to the relationship between the tweeter dome, suspension, motor and waveguide, to ensure that output, directional control and power response was acoustically optimised, and in turn tuned to work in perfect synergy with the EX8 woofer.

Early in the Opal development it was decided that a detailed waveguide was critical to controlling the horizontal and vertical dispersion characteristics of the speaker system.

This in turn indicated that a metal tweeter would be required to provide the rigidity required to work correctly within a waveguide, as even shallow waveguides create an acoustic load on the surface of a speaker cone.

Have it your way

For those that prefer to work with their monitors in a horizontal position the Opal’s entire waveguide assembly can be easily rotated to allow for correct usage.

The waveguide is designed to align precisely with the EX8 woofer in this orientation to minimise diffraction and discontinuities. 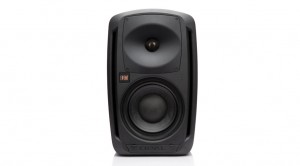 The Opal’s no compromise cabinet is cast from aluminium to provide a high level of strength and rigidity that minimises resonance.

Almost every surface on the Opal is a curvature of complex radii, minimising any diffraction that can be caused when the energy from the drivers reflect off flat surfaces.

Internally, the cabinet design is no less complex, assisting in the elimination of standing waves and resonance and thus minimising any mid-frequency leakage.

The Opal features front mounted bass reflex ports, contradicting current porting trends that see manufacturers placing ports at the rear of the cabinet to enhance the perception of low frequencies by relying on room reflections, or passive radiators that introduce other acoustic compromises.

The primary issue is the introduction of port noise and artifacts caused by increased air turbulence, often heard as a “puffing or “chuffing” sound. In the Opal this is overcome by the introduction of asymmetrical geometry across both the horizontal and vertical axes of each port. This variable impedance lowers the velocity and associated air distortion to the point where it is inaudible even at high output levels.

Like all other elements that combine within the Opal, the amplifier is a completely custom design. With such transparent, low distortion drivers as the EX8 and ULD1 it becomes imperative that the amplifier must have the lowest distortion levels possible.

By focusing on sound circuitry design the Event engineering team has achieved a four-layer PCB that exhibits less than 0.005% total harmonic distortion (THD). Additionally a ‘soft clipping’ circuit is employed, allowing the signal to maintain an organic wave structure even as the amplifier eventually enters clipping. This dramatically decreases the perceived distortion of the audio signal.

In order to reproduce the dynamics and transient of music facilitated by the EX8 driver, the Opal’s power capabilities were focused on burst power over constant power. Up to 1kW of burst power is available to the Opal to deliver the acoustic energy required at low frequencies.

A set of acoustic filters are hidden behind a panel at the front of the cabinet, allowing for painless and simple adjustment of the speaker’s response curve while in position.