Constructing an audio mix which has all the capabilities to drive the listeners crazy for the sound quality produced from it, is what the sound engineers long for. Before creating an audio mix they have the sole motive of making the users listen to some top ranked sound quality which should not only satisfy the listeners rather it should be able to create an urge in the customers of buying the audio mixer. The sound quality is highly affected by the proficient management of the dynamics, source signal’s rank adding together some remarkable effects such as delay and reverb. These factors have an enormous impact on the feel of the sound produced from the digital mixer.

Undoubtedly Yamaha CL1 Is Number 1 in CL Series for a Good Reason. As we start exploring the art of mixing audio with Yamaha CL1, it makes us all aware of how the sound engineers have used their aesthetic sense in designing the Yamaha CL1. In the Yamaha CL1, the sound engineers have highly utilized their artistic senses and have used their mixing skills which investigates the innovative and methodological contemplations which are essential to mix in today’s music oriented environment, without considering the format or platform. 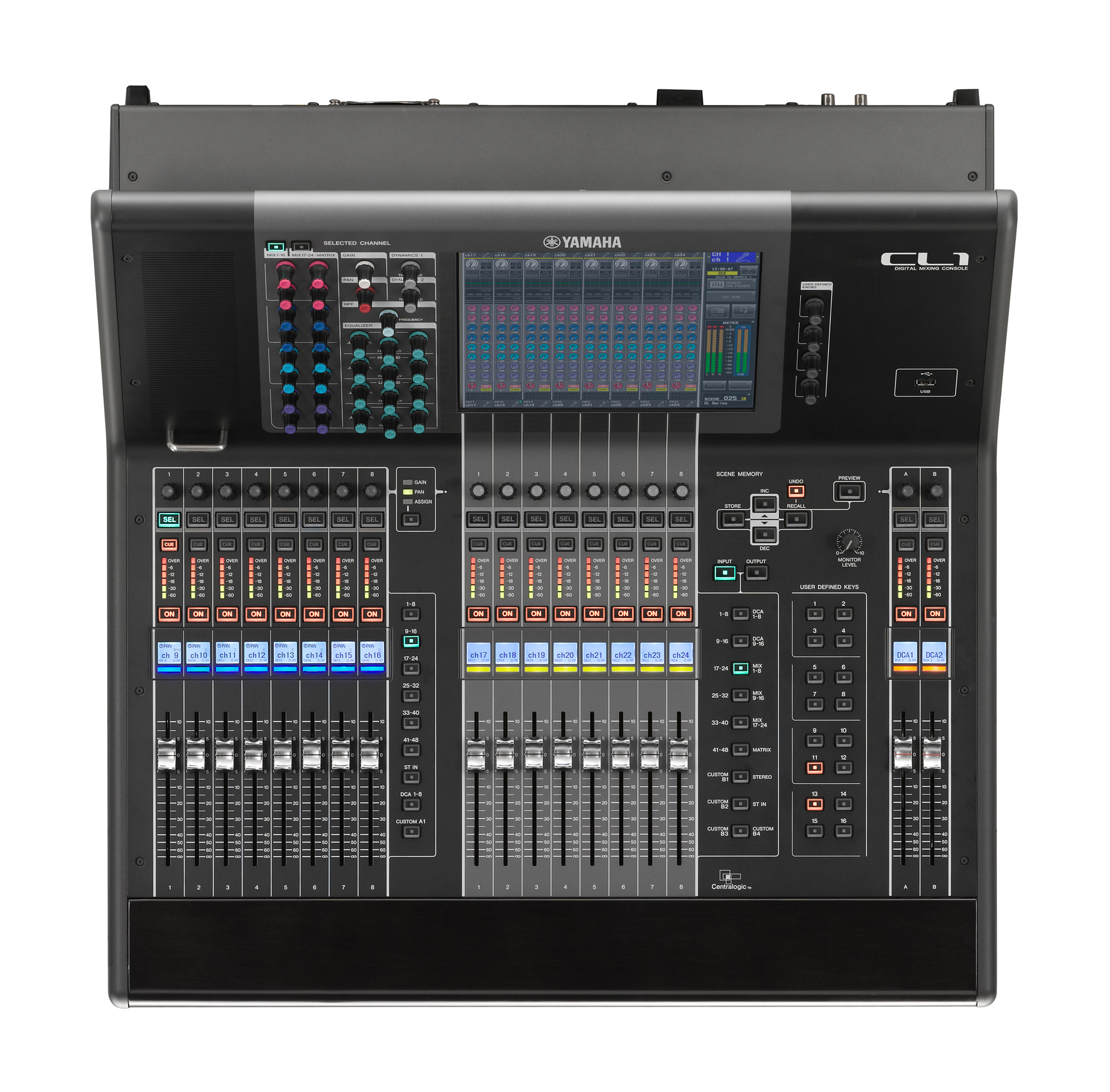 Functions and Form are fully harmonized

The Yamaha CL1 Digital mixer being much elegant and sophisticated to use provides its users the best sound quality which is matchless. Despite the elegance of Yamaha CL1 digital console, it also gives advantage of providing the unsurpassed probable view of all the displays and controls to its operators. The durability from the user friendly Centrologic faders to the display is utterly flawless which adds more to the beauty of art mixing in Yamaha CL1 digital mixers.

Exploring the art of mixing audio with Yamaha CL1 a bit more makes us aware more of the benefits which are provided by the efficient Yamaha CL1. Many other features of this ideal sound system like its capability of adding Lake processing through the expansion slots that increases the digital mixer’s resourcefulness, versatility, usefulness and adaptability to the  enormous range of audio mixing necessities.

Because of the embedded Dante Network featured in the Yamaha CL1, a device with remarkable sound quality, extraordinarily fast and proficient design is in your range. Along with the design, with Yamaha CL1 competent and capable systems can be deployed from the initial to the dazzlingly complex systems. Make use of this phenomenal sound producing Yamaha CL1 digital mixer and get the most from the benefits which it provides.