Calling all DAW lovers! The latest version of Steinberg’s Cubase has arrived! Cubase 8 takes nearly three decades of development and puts it all into one of the most progressive DAWs ever built. The folks over at Steinberg have been hard at work making Cubase more user-friendly, in addition to enhancing all the advanced audio and MIDI tools.
First off, the new version of Cubase comes in two versions: Cubase Pro 8 and Cubase Artist 8. Here’s a basic rundown of the differences between the packages. 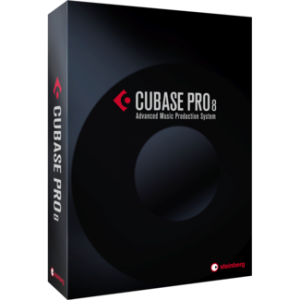 Unless you’re a maximalist in terms of audio production, either version will work just fine. Well, more than fine. Fantastic! Extravagant! Other giant descriptive word! Steinberg’s really stepped up their game to bring us all a stronger, faster and better digital audio workstation.

There are plenty of new additions to Cubase 8. The latency has been lowered so creative tools can be accessed quickly. Large projects are now able to be loaded and saved with ease. No more waiting for all your tracks to come into view! The workflow has been streamlined thanks to a friendlier UI. Windows are now dockable for easy access to instrument racks and VSTs. The project window has been revamped so it’s easier to navigate. There are also flexible window layouts, which is a first for Cubase PC users!

One of the most interesting features is the inclusion of VCA Faders. These soft faders have been added so that different parts of an instrument move in relation to each other. For instance, say you have multiple drum sounds recorded in sequence, but you’re worried about certain sounds drowning out other sounds, like a high hat and a snare. The VCA Faders make sure that the high hat will never be more powerful in relation to the snare. Pretty handy!

Other features include: Virgin Territories, which improves the handling of automation data, Render in Place, which helps the user move items into the audio domain quicker, and the new Chord Pads section that allows chords to be set as pre-placed buttons for access in the project window. No more scouring books or the Internet to look up chord progressions! Plenty of new instruments and FX have been thrown into the new version of Cubase as well.

The Steinberg Cubase 8 is a DAW that is only limited by the users creativity and imagination. With plenty of features to compose, record, edit and mix audio, you’ll find an entire new way to create digital music!